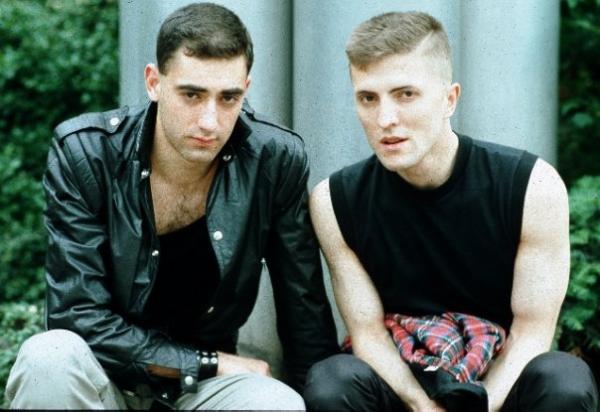 We’re still hoping that DAF’s Facebook page has been hacked by disgruntled former Sony employees, so that the message there is incorrect, but singer Gabi Delgado certainly thinks it is for real. This post appeared on the DAF page today:

In response, Delgado posted the following (translation by Google):

AMIGOS FRIENDS FRIENDS … for your information … the page “German American Friendship” is not run by the two of us … but only by robert … it probably is the announcement of a DAF screen resolution to see … I can not view the page … am here recently “blocked” … so I personally have me yesterday? … Suitable robert on nothing … yet it is true that our relation has long been very bad and we have been thinking about stopping a break or even over a … I was hoping this theme with robert discuss in amsterdam and to arrive at a common position … but now the screen resolution has robert communicated in a single action … and this is now a good thing !!! all booked and concerts are been announced as part of a “goodbye” tour to take place !!! shame anyway … made me great fun with YOU and DAF !!! THANK YOU FOR EVERYTHING AMIGOS !!!

DAF have split and regrouped before, so our fingers are crossed.